Australia’s innovation future: an agenda to transform our economy 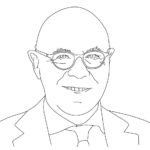 While fiscal stimulus applied during the COVID-19 crisis has boosted employment, the much bigger challenge remains productivity and wage stagnation along with climate change and energy transition. This will require an ambitious national reform agenda to transform Australian industry and create a more dynamic knowledge economy.

The Biden administration’s ambitious new industrial policy initiative, the CHIPS & Science Act, worth $400 billion in Australian dollars, once again confronts Australia with the question of whether we want to be in the forefront of science and innovation, or way back in the slipstream.

This legislation is the biggest five-year investment in research and development (“R&D”) in US history, doubling the budget of the National Science Foundation, and establishing a new Directorate for Technology, Innovation & Partnerships with a geographically dispersed network of Regional Technology Hubs.

Here in Australia we rightly congratulate ourselves on achieving near to full employment for the first time in fifty years, thanks to the massive fiscal stimulus applied during the COVID-19 crisis, together with net zero immigration. But this outcome is unlikely to be sustainable in the absence of measures to address longstanding supply-side issues, in particular the lack of investment in research, innovation and skills. It may be just a sugar hit, with limited impact.

What is clearly missing in Australia, by contrast with most other advanced economies, is a coherent and purposeful approach to industry policy. Done properly in the context of a “foresight” exercise, this would be designed to identify our current and potential areas of competitive advantage and enable a coordinated approach to the industries and technologies of the future.

Let’s reflect for a moment on where we are. Unlike the Norwegians with a resource rent tax and the world’s biggest sovereign wealth fund to underpin the future diversification of their economy, we have failed to take advantage of our once-in-a-generation commodity boom.

Essentially, the windfall gains from higher commodity prices have masked a structural deterioration in Australia’s productivity performance as a high dollar made much of our trade-exposed manufacturing uncompetitive. This was previously experienced as the so-called “Dutch disease” by the Netherlands with North Sea gas in the 1960s and 1970s.

Next came the UK with North Sea oil in the 1980s, where, as in Australia, deindustrialisation was accelerated by a consumption boom at the expense of investment. Only Norway has seemed able to learn from these episodes, and is now well placed to grow high wage, high productivity jobs in carbon-neutral industries.

The narrowing of Australia’s trade and industrial structure is reflected both in our precipitous decline in global competitiveness rankings and in the Harvard Atlas of Economic Complexity, which measures the diversity and research intensity of our exports. Here on the latest data we now rank 91 out of 133 countries.

Even resource-rich Canada has understood the need for energy transition and diversification of its export mix. How long can Australia maintain the lifestyle of an advanced country with the hollowed out industrial structure of an emerging economy? Nothing is guaranteed as Argentina found to its cost over the last century.

A symptom of the problem is our approach to competition policy, which has run into the ground with innovation-stifling market concentration and “market failure” in key areas of economic infrastructure. A particularly egregious example is NSW ports privatisation which boosted the sale price of Sydney’s Port Botany by placing an anti-competitive restriction on the Port of Newcastle.

This 50-year restriction effectively prevents the Port from developing a commercially viable container terminal, which would contribute to the economic diversification of the Hunter region, improve NSW freight and port efficiency and decongest roads and rail in Sydney. This is low hanging fruit for an industrial transformation agenda, in a region that urgently needs it.

As Chair of the Port, and someone involved in the BHP steel-making closure at the end of the 1990s, I have seen at first hand the disruptive social impact of such an event. The impact of declining coal production and exports will be similarly disruptive, possibly more so, without a properly designed strategic framework for economic transition.

Given that coal currently returns $4 billion a year in royalties to the NSW Government, there is a clear obligation to manage this transition, not just with the deployment of financial resources but also by removing the impediments to diversification. The model has to be the eastern Ruhr in Germany, which did this in a planned way, not the devastation of Appalachia in the eastern United States.

Further, on a national scale, it is of great concern that combined business and government expenditure on R&D as a proportion of GDP has slumped to 1.79 per cent, compared with 2.2 per cent ten years ago and 2.4 per cent on average across the OECD. Some countries such as Israel, Finland, Korea and Switzerland are increasing their R&D spend to 4 and even 5 per cent of GDP.

The problem in Australia has not just been one of market failure but “system failure”.

Paradoxically, given the rundown of public funding for higher education, universities have taken on the heavy lifting in research and innovation, mainly through access to increased international student revenues. The problem is not only that these revenues have taken a hit from COVID-19, but the research is not always in the areas where it can have most impact.

Given that the Commonwealth Treasury’s 2021 Intergenerational Report projects annual productivity growth of 1.5 per cent for the next 20 years as a necessary minimum to maintain living standards, we must look to the policy levers that will assist in achieving and improving upon that target. These levers should be designed to optimise Australia’s performance in science, technology and innovation, and to increase enterprise “absorptive capacity”.

However, not only have these levers been inadequate or entirely missing, they have scarcely featured in public discussion, with the media being more preoccupied with house prices and interest rates. As a result, individual states, including NSW, have had to pick up some of the slack, but this cannot compensate for years of policy neglect at the national level.

For example, NSW has devised a sophisticated R&D Roadmap which will form the basis for a new “industrial policy framework”, comparable with many similar jurisdictions. This is currently going through an extensive consultation process, and will also draw upon the recommendations of the NSW Modern Manufacturing Taskforce.

Meanwhile, the new federal Labor Government has come to office promising to “repurpose” existing programs and to introduce a new $15 billion National Reconstruction Fund, from which would be drawn loan guarantee and equity support. This is a substantial commitment, albeit spread over a number of years, which is intended to leverage co-investment with industry in priority areas.

The Fund will be based on the model of the Clean Energy Finance Corporation (CEFC) and will focus initially on advanced manufacturing, medical manufacturing and critical technologies, such as artificial intelligence and quantum computing. Other areas will include clean energy technologies, defence, transport and value-adding in resources and agriculture.

Along with other initiatives, such as the proposed Australian Strategic Research Agency and the ‘Powering Australia’ renewable energy plan, it will be part of a broader commitment to developing a more coherent as well as cost-effective research and innovation system. The problem in Australia has not just been one of market failure but “system failure”.

While additional funding is clearly necessary and welcome, there are significant gains to be made simply from reducing fragmentation and ensuring critical mass in individual programs. Commonwealth research and innovation expenditure is currently spread across 13 portfolio areas and 150 separate budget line items.

Australia’s future will not be determined by any single program or initiative but by a system-wide, policy driven transformation of our narrow and unsustainable industrial structure.

This challenge will be a major topic at the forthcoming Jobs and Skills Summit and associated industry roundtables. It might encompass a number of key components, the first being a national coordinating agency. There is scope to build on the CSIRO’s footprint while more closely emulating models elsewhere, such as Sweden’s Vinnova, the Netherlands TNO and InnovateUK.

The second component is enhanced support for public research, including “blue sky” research, or there will be nothing to commercialise. Universities Australia estimates that a 1 per cent increase in research funding will generate an additional $24 billion for GDP over a 10-year period.

Third, while everyone wants increased industry-university collaboration, Australia lacks the institutional structures to conduct this at scale. Successful examples around the world, such as the German Fraunhofer Institutes, UK Catapult Centres and ManufacturingUSA Institutes, bring stakeholders together in “innovation ecosystems”.

Fourth, it has also become evident how important “place-making” is for innovation and entrepreneurship precincts. Many of these will be grown locally, such as Aerotropolis and Tech Central in Sydney, but there is scope for the Commonwealth to provide logistic and financial support on a cooperative basis with the states and territories, especially in Australia’s regions.

Finally, industry policy will only be as successful as the skills that are brought to bear in the adoption of new technologies and business models. This is a question not just of funding but the most effective structures for capability-building, including closer integration of university and vocational education and training pathways.

Australia’s future will not be determined by any single program or initiative but by a system-wide, policy driven transformation of our narrow and unsustainable industrial structure. Nothing less will enable Australia to diversify its trade mix and escape the path-dependency of its traditional reliance on unprocessed raw material exports.

Of course, mining and mining-related technologies will remain important to the Australian economy. However, the focus can now shift to the much in demand critical minerals for newly decarbonising industries as well as to capturing entire value chains in areas such as battery manufacturing, green hydrogen production and, ultimately, green steel and green aluminium.

Despite the global challenges of inflation, supply chain disruption and the rapidly changing geopolitics of our region, the Albanese government finds itself in the best position in a generation to undertake a fundamental and long overdue reshaping of Australia’s economy. And reshape it we must.

Roy Green is Emeritus Professor and Special Innovation Advisor at the University of Technology Sydney, where he was Dean of the UTS Business School. Currently, he is Chair of the Port of Newcastle and the Advanced Robotics for Manufacturing Hub, and a member of the NSW Modern Manufacturing Taskforce, Australian Design Council and the Research Advisory Committee of the Centre for Policy Development. This article is based on an InnovationAus presentation in Canberra.