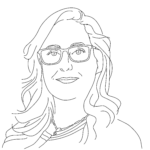 Is now the moment to (re)introduce an independent “buffer body” for the tertiary sector that will enable universities to respond to future jobs, skills and research needs?

The sense of excitement and optimism around the Government’s Jobs and Skills Summit demonstrates a growing desire to see diverse stakeholders and experts come together to solve complex problems. And rightly so. There is no simple or single solution to the collective economic challenges we face right now: increasing inflation, record numbers of unfilled jobs, critical skills gaps, stagnant productivity levels and real wage growth alongside a period of low immigration due to border closures. In addition, we’ll need smart, long-term solutions to address the structural challenges involved in linking supply and demand of high-level skills, rather than just reacting to pressures in our immediate economic environment – as compelling as these pressures may be.

Our universities have a critical role to play in identifying and delivering long-term solutions to these economic challenges. But what role exactly? It is encouraging to see a new consensus building that our higher education sector should play a more dynamic role in driving economic growth in Australia through the supply of high quality, adaptable, resilient graduates, alongside the application of research to drive innovation, discovery, create new jobs and improve society.

This is a powerful narrative that puts universities in a more active role in helping to shape the future economy. It’s a narrative that has been notably absent for the last decade. But now it’s back—so, what does it mean for our universities? And how can we ensure that their operating environment—funding, regulation, policy—is set up in a way that incentivises the outputs we need (high-quality, adaptable graduates alongside relevant, responsive research capability)? All this while also meeting social equity goals alongside minimum standards of quality and consumer protection. It’s a classic public policy challenge!

First, we need to recognise that the current system for higher education is not terrible. Indeed, we have one of the highest performing university sectors, delivering world-leading research and attracting millions of international students based on the quality of our education. So, what’s the problem?

The problem is that the current system is best, or most politely, described as “patchy”. Two decades of iterative reform packages have resulted in a set of funding, regulatory and policy frameworks that are driving sub-optimal outcomes, such as homogeneity of mission, prioritisation of research over teaching, over-reliance on international-student fee income, and reduced provision of STEM subjects. Individual universities have had to work around, not with, the current system if they wanted to play a more dynamic role in their local economy and in society more broadly. It’s no wonder, then, that so many of our universities have ramped up the number of international students as an alternative source of funding to respond to the huge demands on them.

So, what to do about it? How do we bring coherence and a clear sense of shared objectives back to our higher education system?

With the fair wind of the Jobs and Skills Summit at our back, now is the time to introduce (or re-introduce) a “buffer body” for universities. Professor Margaret Gardner, Vice-Chancellor of Monash University and former Chair of Universities Australia articulated this well last year, but it bears repeating. As someone who worked either for, or closely with, the UK’s buffer body for universities for fifteen years, I could not agree with Professor Gardner more strongly.

As an independent body, arms-length from both government and the sector, the body could bring together responsibility for funding, regulatory and policy arrangements for the full higher education – or even tertiary – sector in Australia. Working across the public and private university sectors, the body would take responsibility for research, teaching and innovation/commercialisation activity. Such a body would protect universities from short-term political changes, as Professor Gardner describes, but it would also facilitate smarter, more integrated and braver decisions based on long-term horizon planning for the sector. This would take into account the needs of businesses, economic conditions, students and society more broadly.

At the heart of the buffer body should be a recognition of the central role of universities to the economy and society in the twenty-first century. The principle of “freedom within a framework” could then be applied, as an effective public policy approach that balances innovation with the appropriate level of support and governance.

For our universities to thrive—for them to make the full economic and social contribution they are capable of delivering—they need to maintain the freedom they have to respond to the specific needs of the students, communities, businesses, governments and other partners.

The very last thing this should be is a planning body for skills or research capability. Not only does history tell us that this level of central planning would fail—but it would also be entirely inappropriate for the universities sector. Universities are not public institutions. They are not like public schools or colleges. Universities are large, complex, not-for-profit organisations in receipt of public funding. They receive around half of their income from core public funding and have always had a strong sense of public purpose. The other half, however, comes from a range of revenue sources from international student fee income to commercial R&D investment to philanthropic giving. For our universities to thrive—for them to make the full economic and social contribution they are capable of delivering—they need to maintain the freedom they have to respond to the specific needs of the students, communities, businesses, governments and other partners.

So, what might this look like in practice? What does it mean to apply the concept of freedom within a framework?

For research, “freedom within a framework” would mean a shift in the balance towards more quality-related, block funding for research, along with the freedom to direct resources within the university. The framework would then drive quality and accountability by rewarding excellence in research and transparency. Research councils play an important role in the system but we need to put a stop to any political intervention in research grant outcomes. The principle of freedom within a framework would require a shift in balance towards more block grant funding, based on quality of research, giving universities greater capacity to direct research funding towards strategic priorities, including industry needs.

For teaching, “freedom within a framework” would mean a reversal of unhelpful discrepancies of fee levels in the job-ready graduates package. It would look like a return to a stable, demand-led system to ensure that every student qualified to enter, has the opportunity to do so, with clear information about what this might mean for their employment prospects. It would look like a stable funding environment for universities built on a cost-based, rather than price-based, model to remove any disincentives to provide a wide-range of programs, including STEM subjects. It would look like a system based on the principle of 50:50 shared contribution of cost between graduates and public investment (in line with best evidence of the balance of private-public benefit overall) at the system level. This would also have appropriate protection in place for graduates who chose to undertake critical lower-income roles that serve a social good, such as nursing. The “framework” for operating would ensure transparency and accountability of the sector by publishing clear, benchmarked, performance indicators in areas such as access, retention and graduate earnings in a way that can genuinely inform student choices. Moreover, it would hold universities to account for their performance. And all this alongside a risk-based quality assurance system that ensures a minimum entry standards and minimum standard of quality of provision for students.

Now is the chance for the Australian Government to set the conditions for a higher education and tertiary sector that can help shape our future economy and society.

For innovation and commercialisation, “freedom within a framework” would mean using smart funding and policy options to incentivise a step-change in the scale of business and industry engagement across our university sector. Again, based on the principle of rewarding excellence, a mechanism similar to the UK’s Higher Education Innovation Funding (HEIF) could incentivise shifts in the scale of external engagement from relatively low levels of public investment, and with very high levels of return on investment in terms of economic impact. With limited initial funding, HEIF was able to drive behavioural change and performance improvements across the sector in relation to innovation and business engagement. This is a great example of an arms-length body taking a longer view of the economic role of universities to establish a stable, quality-driven funding environment to drive outcomes for the public good. HEIF created the funding incentives to drive behavioural change and the sector responded, arguably in more innovative ways that had been anticipated.

There is precedent for such a body, of course, both in the universities sector and other sectors. There was the Commonwealth Tertiary Education Commission in Australia in the 1980s, and the Higher Education Funding Council (HEFCE) in the UK in the 1990s and 2000s. The UK disbanded its buffer body five years ago. It replaced it with a range of separate bodies for research, students and quality assurance. In doing so, it lost its capacity to make long-term, integrated and above all brave decisions for the UK universities sector. Unfortunately, the sector is now on the receiving end of a piecemeal, iterative policy environment, subject to the whims of short-term political and economic changes.

Now is the chance for the Australian Government to set the conditions for a higher education and tertiary sector that can help shape our future economy and society. With the right support and incentives in place, we will see our universities make a full contribution to both immediate and long-term economic challenges. We will see our high-performing university sector play an even greater economic role: engaging more closely with industry to help meet future skills needs; delivering the graduates who will drive productivity and real wage growth; producing the ground-breaking research that will transform society; and bringing research-capability and expertise to the table as it engages with its partners across a rich ecosystem for innovation.

Libby Hackett is the inaugural CEO of the James Martin Institute for Public Policy. Libby is an award-winning public policy expert and brings over 20 years’ experience working at the highest level of government and universities. She has held senior advisory and leadership roles in government, parliament, peak bodies, think tanks and private sector consultancy in Australia and the UK. Libby was selected to participate in the Prime Minister’s leadership training programme for outstanding public servants in 2010. She was named one of the UK’s “Education Reformers of the Year” by the Education Foundation for work promoting social mobility and access to higher education. She served as a Director on the UK Higher Education Commission and as an Advisor to the Browne Review of Higher Education Fees and Funding. Libby holds a Bachelor of Arts in Politics, Philosophy and Economics, and a Master of Arts from the University of Oxford and is a visiting fellow in global higher education policy at Crawford School of Public Policy at the Australian National University (ANU).