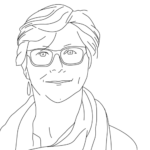 The declining performance of Australia’s secondary schools is limiting productivity growth. An ambitious, inclusive plan for policy reform is needed to move things in a better direction.

Productivity growth is the holy grail for economic policy makers. It comes when output is increased without having to increase inputs, or when we can get the same output for fewer inputs. Productivity growth in Australia has been elusive over the last few decades, largely because we have failed to invest in its enablers and have undermined the forces that drive productivity growth. The most important enabler is investment in knowledge – embedded in technology and in people. The most important force is free and fair institutions that support trade, allocate capital according to long term market forces and not cronyism, and promote structures that really do allow people with ideas and drive to “have a go”.

Australia’s declining educational performance in our secondary schools is and will continue to limit our productivity growth. It is a consequence of our failure to reform a badly damaged system and an exemplar of a wicked policy problem where the solutions pursued keep moving us in the wrong direction.

The problem is not the level of investment in the secondary education system, which at 2.1 per cent of GDP is well above the OECD average of 1.9 per cent. The problem is how this money is spent and the inequality in the opportunities it provides to young Australians. The flight to private schools has left the public system with a much higher share of young people who have already been disadvantaged. Selective public schools, at least in New South Wales, concentrate students from similar culturally and linguistically diverse backgrounds. Along with school districts where catchments reflect a similar socioeconomic and ethnic profile, these trends are further concentrating both disadvantage and advantage.

As a result, young people get to hang out with people like themselves. While this might sound like more fun, the concentration of disadvantage fundamentally undermines both aspirations and opportunity as many young people will lack exposure to different role models and access to networks that help in finding employment. It also raises the cost of achieving the same education outcome across schools as lack of aspiration and opportunity combine to erode the value to students in taking their schooling seriously. In addition, lack of diversity in schools plays to stereotypes, making it harder to address discrimination.

The problem is obvious, what to do about it is much harder. The Gonski funding formula was an attempt to reallocate public funding to better meet the costs of disadvantage in school populations. But almost ten years later the problem has continued to get worse. There is no shortage of commentary on what has gone wrong, from lack of funding to socioeconomic profiles being the wrong basis for a funding formula. There are also many proposals for reform, most involving more funding, that immediately get snagged on whether the states or the federal government should pick up the bill.

Education segregation is almost baked into the system

This state-federal funding divide is the first barrier to addressing the problems in the education system. The second barrier is that public funding for private school education is a political hot potato that no government wants to touch, other than to propose a funding boost as an election winner. The third barrier is that what is socially optimal is not individually optimal – families will always choose the best option for their child subject to their household budget constraint. This means they will choose private over public if they think the local school is unable to deliver the type of education they want for their children. For some, this is based on religious or other strong-held beliefs, but for most it is about perceptions of educational quality and a desire to select their children’s peer groups. Education segregation is almost baked into the system.

There is no quick fix to this policy conundrum. Band-aid solutions of more money here or there won’t make much difference as the fundamental problem stems from the broader, and growing, inequality in income, housing, health, and opportunity. Access to quality secondary education is one mechanism that will work to reverse this trend. This must be built on access to quality early learning and primary health care for children who currently lack access to these services.

Any investment strategy that aims to raise the return on our public (and private) education expenditure and reduce segregation needs a comprehensive bipartisan approach with state-federal cooperation. As this is clearly in the too hard basket for now, those advising governments need to think about the steps that will make it possible in the future.

These steps are not just for the education policy experts to follow. Rather, they are a way of making policy in these long-term and difficult to change areas that are more inclusive and less political.

Set and socialise the agenda

Establish the institutions responsible for delivering the agenda

Target and test the investments

Commit to a formula for all new funding

Changing our school system to create schools in all socioeconomic areas where parents want to send their children and where the diversity of the student population is valued is a generational project. But we need to start somewhere, and it is too important to leave to the whims of the electoral cycle alone.

Dr Jenny Gordon is an Honorary Professor at the Centre for Social Research and Methods, at the Australian National University and a non-resident fellow at the Lowy Institute. Jenny was the Chief Economist at DFAT from 2019 to 2021, establishing the Office of the Chief Economist (OCE) to bring together trade and investment economics with development economics. Jenny joined DFAT from Nous Group where she helped build their economic analysis service offer. Prior to this she spent 10 years at the Productivity Commission as the Principal Advisor Research. Jenny has a PhD in Economics from Harvard University and started her professional career at the Reserve Bank of Australia.