Is there a financial rationale for building trains locally? 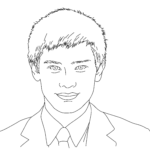 New research shows that by taking into account the broader financial benefits of domestic manufacturing, building key transport infrastructure locally can be the fiscally smart decision.

The NSW Government’s $2.3 billion order, made in 2014, for the purchase of over 500 new intercity fleet (NIF) carriages generated significant controversy. Unlike previous train purchases, this was the first procurement of trains by the NSW Government since the nineteenth century to include no domestic manufacturing. Citing a 25 per cent cost saving, then NSW Transport Minister Andrew Constance argued that building the entire train fleet overseas resulted in the best outcome for taxpayers. Despite opting for a consortium led by Australian engineering firm UGL (formerly Goninan, which was a major train builder around Newcastle), the NSW Government’s decision ultimately appeared to favour price over other bids which included at least some level of local fabrication.

Ironically, the NIF, which effectively marked the cessation of train manufacturing in NSW, replaces a train fleet reflecting the very best of domestic engineering and design. Frequently praised for its excellent ride quality, the InterCity V-set was a state-of-the-art train when it rolled off the production line at Comeng’s Granville workshops in 1970. It was also the first in the world to incorporate air-conditioning into a double decker stainless steel self-propelled electric train.

The question remains as to whether the decision to outsource manufacturing of new trains overseas, instead of supporting local industry and capability, delivers best value to taxpayers. This is a hotly debated topic. At present there is a tension between two primary schools of thought regarding public procurement:

Whilst NSW has largely emphasised the best price school of thought in train purchases, other states—such as Victoria and Queensland—have sought to retain local train manufacturing through local content requirements. It is undeniable that manufacturing trains onshore generates a wide range of benefits for the local economy. The issue is whether the magnitude of benefits created outstrips the additional cost incurred. Minimum local content requirements also risk a reduction in competition, diminish the incentive for domestic industry to innovate and leave governments vulnerable to price gouging.

The challenge with the broader benefits model lies in determining its value and composition. Economic benefits generally rely on dollar estimates that can be readily challenged or discounted by budget constrained purchasing authorities.

My recent research with Rico Merkert overcomes this limitation by defining and estimating the broader financial benefits generated by onshore train production. Broader financial benefits comprise company spending in the domestic economy. This includes employee salaries, investment in research and development, expenditure on new equipment and the creation of exports. Given that first order corporate spending substitutes for government expenditures, it is appropriate to deduct them from a bid’s price.

Quantifying broader financial benefits into an adjusted price brings these factors to the forefront of decision making. It also allows procurement decisions to make a like-for-like comparison between domestic and overseas manufactured options.

To determine whether domestically built trains are cheaper when broader financial effects are considered, we examined four forms of manufacturing onshoring:

Importantly, we only considered additional financial benefits generated from designing and manufacturing the train in Australia. Financial benefits from activities such as train maintenance or depot construction are not included in our estimates as these would have taken place irrespective of whether the trains are manufactured locally or overseas.

The estimated price adjustments, using a hypothetical $10 million procurement, are:

Given the price differential between domestic and foreign manufactured options (generally 20-25 per cent), this illustrates that best value is obtained when trains are both designed and manufactured in Australia. This is due to the pace of financial benefits created outpacing increases to cost. Better value is still obtained when train assembly is undertaken in Australia. However, the same cannot be said for train completion works, and the result is marginal for trains which are designed locally but produced overseas.

Buying locally manufactured trains is not a subsidy or form of social procurement but the most fiscally responsible course of action for governments to take in jurisdictions which possess this capability.

Inclusion of broader financial benefits in public procurement will only alter decisions in the presence of a competitive domestic industry. Our research has found that current approaches adopted in public procurement practice undermine the health of domestic industry. In terms of practical policy recommendations, our research suggests that government purchasing agencies:

Although NSW and much of Australia has regressed from building state-of-the-art trains, our research illustrates a pathway towards restoring capability whilst retaining competition and incentives for innovation. When the broader financial benefits of train production are reflected within an adjusted price, designing and manufacturing trains onshore delivers the best value for money.

This provides powerful research evidence in support of government policies seeking to lift Australia’s production capability through domestic procurement.  With geopolitical tensions and supply chain disruptions arising from COVID-19, our findings could have broad implications for government procurement across a range of advanced manufactured goods including defence equipment, information technology, clean energy generation and medicines. Whilst the estimates will be different across sectors, the principles outlined in our research are likely to be generalisable and challenge the simplistic consensus on offshoring manufacturing that has developed in recent decades.

Buying locally manufactured trains is not a subsidy or form of social procurement but the most fiscally responsible course of action for governments to take in jurisdictions which possess this capability. Indeed, if social, strategic and environmental benefits are considered, these likely further strengthen the case for domestic procurement. The days of unabashed offshoring of manufacturing seem numbered!