The policy dividend of integrated knowledge: perspectives from the COVID-19 experience 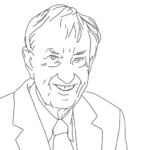 COVID-19 reminded us that insights from the lab and the social world must be considered in tandem to tackle some of our hardest public health challenges.

Though my role in the COVID-19 pandemic has largely been to function as a public science communicator, most of my professional life has been spent as a laboratory-based researcher dissecting the nature of virus infections and the very specific ‘adaptive’ immune response that protects us.

Some who worked with me as junior colleagues early in their careers, particularly Katherine Kedzierska at the Doherty Institute and Paul Thomas at St Jude Children’s Research Hospital, Memphis, have now taken the technology that we (especially Steve Turner, now at Monash University) and others developed in mice to analyse how people respond to the SARS-CoV-2 virus.

One positive from the COVID-19 emergency has been the availability of increased financial resources and the involvement of talented immunologists who normally work in other areas. Overall, this has led to our developing a detailed understanding of immunity to SARS-CoV-2 and, in fact, an expanded view of the host response to viruses and vaccines. Another positive has, of course, been the rapid roll-out of the new mRNA vaccines, after decades of laboratory-based invention and development.

But, as we all understand, the type of hard science done in well-funded, sophisticated laboratories is only part of the story when it comes to dealing with a pandemic. The rapid public health response to COVID-19 in Australia was enabled by the fact that Mike Catton and Julian Drucefrom the Victorian Infectious Disease Reference Laboratory (VIDRL) at the Doherty Institute developed a sensitive PCR test as soon as the virus sequence was published (mid-January 2020). That was used a few days later to confirm the first case of COVID-19 in Victoria and to isolate the causative SARS-CoV-2 virus, which VIDRL immediately offered to legitimate research and diagnostic facilities across the planet.

Such diagnostic virology expertise reflects the involvement of high quality, experienced professionals working in first class and secure government laboratories. It is essential for any rational and effective public health response.

The type of hard science done in well-funded, sophisticated laboratories is only part of the story when it comes to dealing with a pandemic.

Limiting the toll from COVID-19 has, of course, been about many areas of human expertise that go far beyond the work of research and diagnostic laboratories. In our political system, policy decisions must, of course, be made ultimately by elected representatives. But they in turn depend on the advice of Chief Medical Officers, who draw on the advice of public health doctors (many of whom are trained in epidemiology) and established, standing committees – like Australian Technical Advisory Group on Immunisation (ATAGI) – in relevant areas.

Epidemiological models are, in fact, sophisticated, mathematically developed “thought experiments” that, based in the best available data about disease incidence and spread, provide decision makers with a spectrum of options. Most will be familiar with the publicity around the Doherty Institute(plus six other universities) modelling team led by paediatrician and epidemiologist Jodie McVernon. The predictive value of these epidemiological models is, of course, subject to the vagaries of both the virus and of human behaviour!

As a very focused, laboratory-based investigator, I first became acutely aware of the centrality of the behavioural and social sciences in pandemic responsiveness during the early 1980s’, when HIV/AIDS came out of nowhere.

By contrast, the US response under President Ronald Reagan was a disaster playing to the perceptions of judgemental “religious conservatives”. Free needles were never offered in the USA, and HIV became established in the drug dependant population there, but not here.

Another positive initiative from the COVID experience will be the establishment of a new Australian Institute of Infectious Diseases (AIID), adjacent to the existing Doherty Institute at the University of Melbourne’s Parkville site. When this new AIID building is completed, the Burnet Institute will move up from its current location near the Alfred Hospital.

Badged under both the University of Melbourne and Monash University, the Burnet has (like the Doherty Institute) very active epidemiology and laboratory-based research programs looking at HIV/AIDS and malaria. But it also brings in a major area of expertise that we lack. Globally, the Burnet is best known for its work on harm reduction which is, of course, based in the social sciences. Over the decades, the Burnet has been contracted by governments in Asia and Africa to help develop appropriate policy and public health responses to several pandemics, especially the continuing AIDS Pandemic. Locally, they have focused on the spectrum of sexually transmitted diseases.

I first became acutely aware of the centrality of the behavioural and social sciences in pandemic responsiveness during the early 1980s, when HIV/AIDS came out of nowhere.

When it comes to human behaviour and COVID-19,a minority of loud and counterproductive responses to vaccination, mask wearing and so forth – substantially fuelled via social media – have become too familiar to most of us. Clearly, the dissection of what is happening here is in the realm of the social and behavioural sciences. And it is also a major challenge for science communicators. That community needs the help of the behavioural scientists as they try to develop approaches that involve and interest marginalised groups.

My sense all along with COVID-19 has been that, as various nation states responded with somewhat different public health strategies and outcomes, we have a unique opportunity to “interrogate” the mass of quantitative and other data that has accumulated with the intent of developing optimal approaches for dealing with future pandemics. That requires, I believe, that we fund academics in economics, the social and behavioural sciences and, of course, the medical sciences to do rigorous, in-depth analysis and publish well documented data sets and conclusions. With challenge comes opportunity. The clear need is to“seize the day” that COVID-19 has opened to us.

Laureate Professor Peter Doherty AC shared the Nobel Prize in Physiology or Medicine in 1996 with Rolf Zinkernagel for their discovery of how the immune system recognises virus-infected cells. He was Australian of the Year in 1997. Professor Doherty is now patron of the Peter Doherty Institute for Infection and Immunity, a joint venture between the University of Melbourne and the Royal Melbourne Hospital, and the Michael F Tamer Chair of Biomedical Research at St Jude Children’s Research Hospital in Memphis.