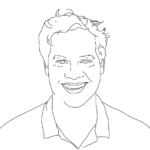 While Australia is doing well on full employment, it’s time to prepare for the next downturn by upgrading the economy’s recession-fighting toolkit.

When a jobs summit was first announced back in March it had two goals: to return the economy to full employment and to revive Australia’s stagnant wage growth. High unemployment and low wages had assailed the Australian economy for the previous six years and were seen as the key challenges faced by the post-pandemic economy.

How times have changed. Since then, the labour market has exploded. The unemployment rate has fallen to 50-year lows and inflation has spiked to over 5 per cent, and while wage growth has yet to surge in official statistics, it is widely expected to rise over the rest of the year.

In the four short months since the jobs summit was announced, the full employment problem has been all but eliminated with job vacancies almost equal to the number of unemployed for the first time in…ever. Accordingly, the proposed agenda for the Jobs and Skill Summit in September has pivoted to a focus on skills, immigration and industrial relations reform. These are supply-side issues tailored to a labour market in which demand is no longer a pressing concern.

While the sun is shining

However, while the possibility of recessions and unemployment has slipped off the news cycle, policymakers should keep demand management at the forefront of the reform agenda. The best time to prepare for the next downturn is today when there is time to properly upgrade the economy’s recession-fighting toolkit.

The current surge in job growth has been driven by the unprecedented twin boosters of high spending (fiscal policy) and low interest rates (monetary stimulus). However, both of these measures of economic support are now being withdrawn. And while it is unlikely that the unemployment rate will rise substantially for the rest of 2022, the risk of a downturn or recession hitting the economy in 2023 or beyond remains real.

While the possibility of recessions and unemployment has slipped off the news cycle, policymakers should keep demand management at the forefront of the reform agenda.

This is because the long-term causes of “secular stagnation” that helped push the pre-pandemic Australian economy into an economic malaise still remain. Secular stagnation—a theory popularised by Larry Summers after the Global Financial Crisis—describes how an ageing population, rising inequality, low public investment and an increasingly dominant technology sector all combine to create an economy with low growth, interest rates close to zero and high unemployment.

These long-term trends have not disappeared—if anything they have gotten worse. So, while the current Australian labour market remains “white hot”, policymakers should use the jobs summit to prepare for when the Australian economy inevitably cools down and faces the prospect of a recession.

What should policymakers be doing today to ward off tomorrow’s recession?

The first step should be to expand and formalise fiscal policy’s recession-fighting powers through the creation of new “automatic stabilisers”.

An automatic stabiliser is an economic policy that tries to offset economic fluctuations without any direct intervention by policymakers. The budget already contains a number of automatic stabilisers. For example, the JobSeeker payment automatically increases government spending when the labour market slows and more people become unemployed, and cuts spending back when the economy surges. The reverse is true of our income tax system which drains money out of the economy when wages, profits and house prices increase and offers taxpayers financial relief when they fall.

Automatic stabilisers are powerful recession-fighting tools because they respond far quicker than policymakers can design new legislation or economic packages. But our current set of stabilisers remain sadly out of date.

Claudia Sahm, a economist formerly from the Federal Reserve, has proposed a new set of automatic stabilisers fit for the twenty-first century. Her core proposal is a policy of automatically sending out additional welfare payments whenever the unemployment rate rapidly increases. Instead of having pensions and welfare payments set at a fixed rate, they could be automatically set to rise whenever the economy weakens, as measured by official ABS statistics.

In the Australian context, this could mean a top-up to the JobSeeker payment whenever the unemployment rate rises above a certain level. Alternatively, the bonus payments could be targeted more broadly to a wider group of low-income households based on tax data, as was the case with some of the Covid support payments.

Low-income households are highly likely to spend any additional money the government sends to them—they have a very high marginal propensity to consume. This means that the additional payments would flow very quickly into the wider economy, boosting spending just when the economy needs it most. Automating the process means that the payments can be sent out without waiting for Parliament to approve the stimulus which can often delay critical economic support.

Writing the pre-nup for a GST holiday

Income tax cuts are often deployed by economists in an attempt to stimulate the economy in the face of a downturn, given that they put more money in the hands of Australian consumers. However, income tax cuts are often saved by the majority of households that receive them, rendering them a fairly inefficient way of fighting off recessions. For every dollar sent to households, only a fraction is spent.

This is not true however of a reduction in the Goods and Service Tax (GST). Temporarily cutting the GST can be a very effective form of fiscal firepower as it creates an immediate incentive to Australian households to spend money today to benefit from a 10 per cent discount on all goods and services consumed. For households who are on the fence about buying a new fridge or a second car, this tax cut would provide a time-limited incentive to increase their consumption just when the economy most needs it. Even better, the only way to take advantage of the tax cut is to go out and spend money in the economy: by definition this is a tax cut that cannot be saved.

Negotiating a “pre-nup” for a future GST holiday would be a perfect focus for policymakers when the storm clouds are far from the horizon.

But there is a catch. The GST is regulated by agreement between the Commonwealth and the state governments and all the politics that the National Cabinet inevitably entails. Cutting the GST was considered as a policy response during the Global Financial Crisis—but the politics were considered too difficult at a time when speed was of the essence.

That is why negotiating a “pre-nup” for a future GST holiday would be a perfect focus for policymakers when the storm clouds are far from the horizon. Such an agreement between the states and Canberra would outline in what circumstances the federal treasurer could declare a GST holiday and who would pay for the tax cut (the Commonwealth Treasury in all likelihood).

By pre-negotiating how, when and why a temporary cut to the GST would be implemented, we could give the federal government a new powerful tool in its recession-fighting arsenal.

The best time to repair the roof is when the sun is shining. While the Australian economy does face a different set of issues today, in the long run the risk of recession remains real. Rising inequality, higher debt levels and an ageing population have created an economy in which interest rates are permanently lower and fiscal policy will play an increasingly important role stabilising the economy. Policymakers should recognise this and update our fiscal firepower with new ideas and new technology so we can ensure that full employment is a permanent feature of the Australian economy.

Dr Zac Gross is a lecturer in economics at Monash University and a former economist at the Reserve Bank of Australia.